Eileen Powell
November 24, 1926
to
December 15, 2016
Newfoundland Press is proud beyond words to have had the opportunity to publish the poems of this amazing woman.  Just before her 90th birthday we issued the expanded second edition - which includes her political poems.
Eileen Powell is missed - her poems continue to remind us of her presence in the world.
We are dedicating this press to two women, my Mother & her Sister-in law,  Eileen Powell, Poet, Activist for Senior Rights, and for the continuing rights of all Veterans. 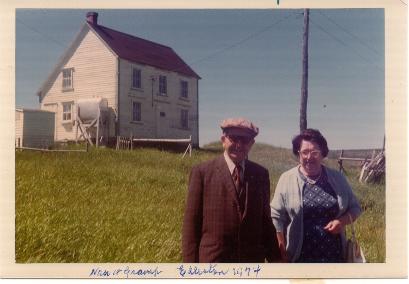 Above you see Newman Gough & Alice (Stead) Gough. In front of the family home, they watch the lens of the Kodak  & are blinked into the Internet. From them, their son,  Dr. Jim Gough, leaps through life to its end in dad's early sixties.

They know what my father wrote about - & that was his life as a Cottage Hospital doctor. I've seen him on horse & sled heading out into winter storms; watched him, grip the railing on the deck of the Hospital Boat John Kent, for seasick or not - he had to get to see his patients.

In the old days when he was briefly in Private Practice, I watched him leave a home, and noticed him leaving cash behind from his own pocket. He never spoke of it, he wasn't that kind of person. If I hadn't, from the shadows at the edge of the kitchens of childhood, seen him do the deed, I'd never have known of it. He was never biggoty.

Chances are, that before this book you may not have met my father. Well... after his book, you won't forget him.
"Doctor Jim: Life & Death" will be published in Fall of 2023. The conversations with my mother on how dad and she approached medicine, and the current state of healthcare is now the spine of my father's powerful and funny and heart-breaking yarn.

.This book, a poem about everyday family life, takes us to an eternal time of summer in Shacktown, it is a One Volume tribute to one Shacktown family, Newman Gough, Alice Gough and their Children Jim & Eileen.

It's now my farewell poem to Dad and his sister, the writer and activist - Aunt Eileen.

Gramp played in the first "Fisherman's Union" band - when Coaker was gathering all those oppressed workers of Newfoundland. May his drum continue to be heard.

And standing together - looking at me with heart and mind, I see my dad and his sister - they are now in the digital universe and may they be the hub of many wheels. Gather your families and friends beneath your paper-pixel umbrella.  All our families are equal. All of us are equal.

Stand with them in Elliston. As one little girl and her older brother throw stones along the surface of an Ocean. In this poem, the stones skip forever.

For Ocean Of Childhood - Clik here.. 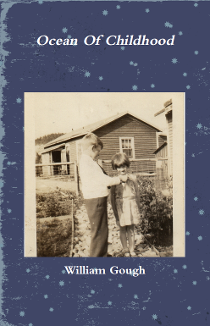 Special Thanks from Newfoundland Press to my mother.

Twenty Years ago, a dream began that took me away from my usual work in film and deeper and deeper into completing all the books and scripts I'd put to one side in a long professional career.
So, I followed my dreams.
This could never have happened without the perception expressed in action - by my Mother's belief in what we were doing.
Thank you mom!
Caren, myself and my sister, Bev are still reeling from mom's death. 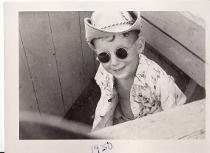 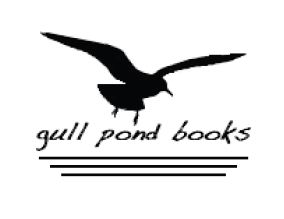 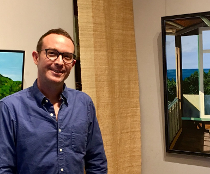 NewfoundlandPress always likes  to draw attention to a new emerging generation of writers and artists at other presses. This time, Caren and I knew just which Artist-Writer to feature!

Here's an introduction to my son, Jim - you'll have met a bunch of his relatives...now, here's, in his own right, James Hugh Gough..born in Newfoundland - now found Home in Taiwan.

To email us - contact our sister-site...
Just send us a note at:
email: bill.gough@gullpondbooks.ca

All Kinds of Books for... 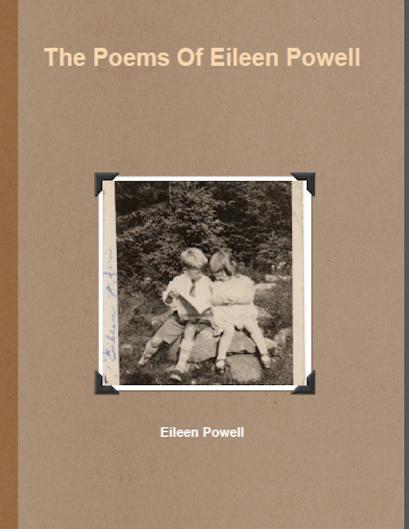 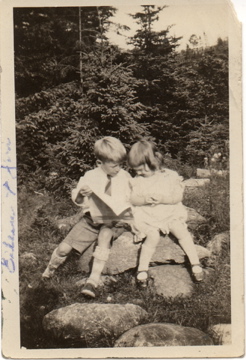 Newfoundland Press will maintain a library of Terra Nova books...The Picture here shows two of our authors...Eileen Powell, and her Brother Dr. Jim Gough who were readers before they also became writers... Both Jim and Eileen have passed away. Each left us books - the invisible are becoming visible.

All our first Books are related, circling around a family house, in reality and in fiction. 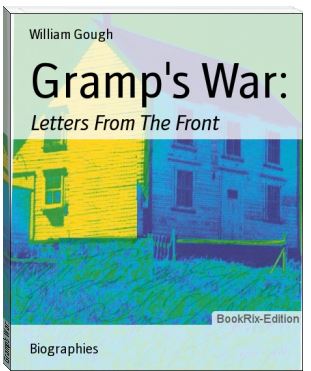 When my Grandfather Gough enlisted to fight and left his home outport of Elliston, Newfoundland in WW 1, he was a innocent boy.

By the end of WW 1 he was a shattered man, who had lost the main illusions of his life. Yet, he managed to write brave letters from the front; letters that reflected his life and times in such a way that I want what he said to be available for free, for us all - so we may all avoid war in all times forever.

My grandfather never glorified war to me, he warned me against it, told me to avoid fighting for belief; he regretted the killing he did, mourned those he'd shot & bayoneted, and was straight-ahead honest about his life-long opinion that to kill is wrong - period.

I write of his war in other books, in this one it's time to share with the world what he wrote in his period of learning. I ask to remember, as you read them, the time in which he lived, & to consider the falsehoods that were told him in order to have him fight. Those were terrible times of a war that could have been avoided.

He dreamed of worlds without war - and in such times it's vital to set down all the old ones' writing, songs, and conversations.

My grandfather's mom died when he was little, and Gramp took over the cooking and cleaning and musing for the family, He said there wasn't a day where he didn't think of his mother.

(Plus he baked amazing bread!  And gave away so much.  I want his writings available for free.  Here's a starter. It speaks for itself .

Thanks so much to my Cuz Bill Gough for gathering this, and Cuz Steve Earle for all his work in prepping it. A free-family book. 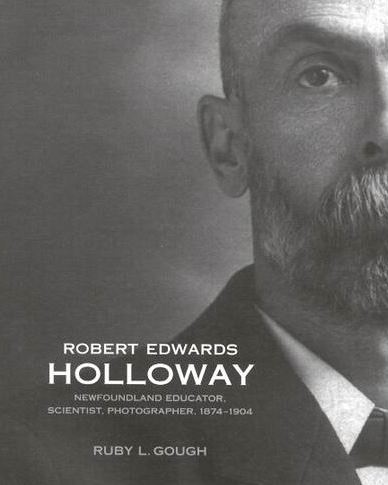 Here's a link to Mom's excellent book about Holloway. 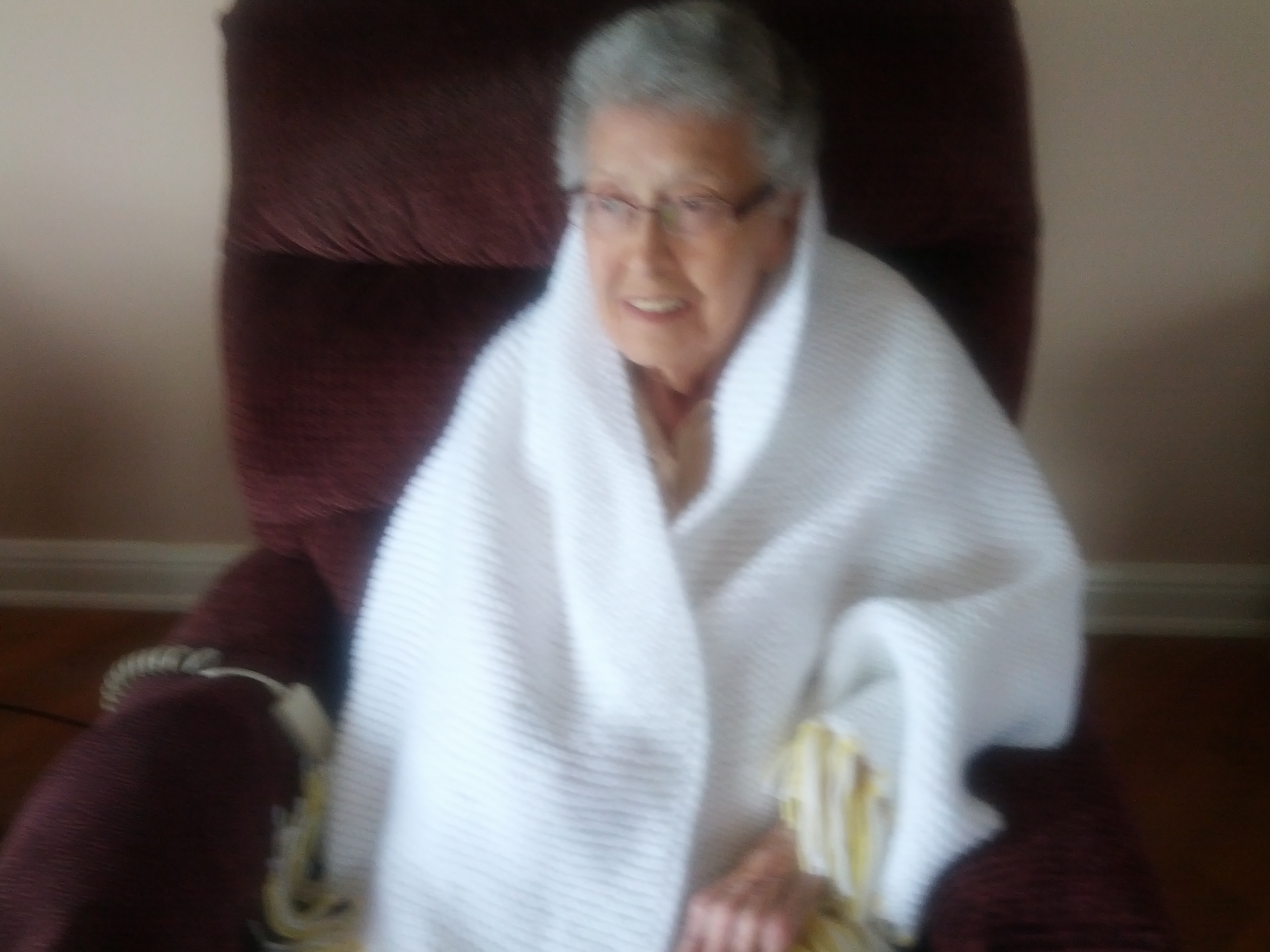 Thanks to the Western Star (May it return to print)  for their photo of Aunt Eileen on the first publication of her poems.

Newfoundland Press was launched with:

The Poems Of Eileen Powell:  A Lifetime of Poetry
Just after we updated and reissued her Book of Poems, Eileen Powell passed away much to the sorrow of all who knew her.
In her memory, Newfoundland Press donates all profits directly to random Street People.  My Aunt Eileen was an amazingly generous activist for Senior rights.
Her Book:

When Eileen Powell gathered her Poems & her daughter, Marilyn Earle, sent them to Newfoundland Press - it was a delight to discover just how many poems, on so many topics, were in one manuscript envelope. Eileen Powell, for her final years, returned to Corner Brook - her home and turf.

Her poems inspired the Development of "Newfoundland Press"; our Lost & Found Division.

Here,we  publish books that are truly treasures, and until now - buried treasures. On Dec 21, 2013 we released Eileen Powell's poems to the world. A deliberate choice to reflect the move from shadow to light. You won't have seen these poems before in any collection. This is truly 'Found Poetry' already formed.

So, it's fitting that Newfoundland Press ' PHP's First Lost & Found release was from our Aunt, Eileen Powell.

We already knew some of Aunt Eileen's poems - but had no idea of how many accomplished poems there were - until we read this manuscript.
As a child, I always loved it when Aunt Eileen & Uncle Jim arrived for a visit - lots of stories, fun playing with all my cousins & hearing Uncle Jim speculate about politics & the world.
I knew Aunt Eileen was one of the first women in the family with a career, I admired how she'd become a Nurse & loved her stories of her work.
She's always been a poet.
With bread baking, and the wonderful smell of home-made cooking filling her Laite's Lane House in Corner Brook, she scribbled, & anywhere that Aunt Eileen  went,  she  found a space where she could set down her musings.

Those who knew her as an activist for seniors will get to meet the woman who has lived a life in many realms - all the time writing about the world as she saw it.  We didn't want such delights to be lost & so we found our way to the first Lost & Found release at Newfoundland Press.
For her 90th birthday, we released our second edition, which now includes her remaining poems, which make make fun of those who need to be mocked. Some verses may be sung!  Just click our next link for the Second Edition:

Our first-edition  LARGE-PRINT first edition may still be found at:

There's more to come in  Fallof 2023 about the life of this amazing woman... But here's what I wrote in 2015 of my mother's generosity and being...
"Without my Mother I would not be the person I am, nor would I have been able to do all I've done, Without her emotional support, it would not have been possible. Nor could it have occurred without the clear understanding that she would never let us starve."
The way a Dream may still stay with us when we wake up,  can happen only if someone, (in this case, my Mother)  pitches in whenever times grow tough.

Newfoundland Press is dedicated to my mother, and to her belief in the Arts.

Thanks to Dr. Ruby L. Gough

Shinto Poem Field
This release of the new Edition of "Shinto Poem Field" includes poems for my mother. Ruby Gough; for my Father-In-Law, Ken Lyons, and for the wonderful director, my friend, Martin Lavut.  ...this book that means "the world" for me.

Just Released.. to Buy a copy...please click This Link...
Shinto 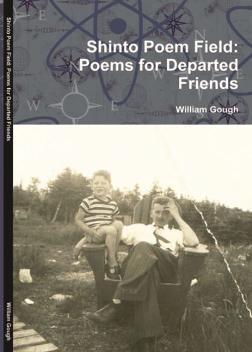